What is MUCOID PLAQUE?

“The intestines can store a vast amount of partially digested, putrefying matter (as well as drugs and other toxic chemicals) – for decades even. Some intestines, when autopsied, have weighed up to 40 pounds and were distended to a diameter of 12 inches with only a pencil-thin channel through which the feces could move.

That 40 pounds was due to caked layers of encrusted mucus mixed with fecal matter, bizarrely resembling hardened blackish-green truck tire rubber or an old piece of dried rawhide. I call this mucoid plaque. This mucoid plaque, when it is removed during an intensive colon cleanse, often shows rope-like twists, striations, overlaps, folds, creases – the shape and texture of the intestinal wall. 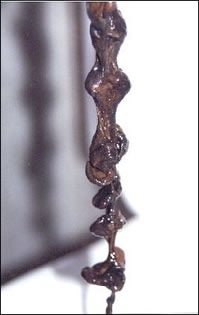 Mucoid plaque may vary considerably, depending on the chemical conditions in a person’s intestines. It may be hard and brittle: it may be firm and thick; tough, wet, and rubbery; soft, thick, and mucoid; or soft, transparent, and thin; it can range in color from light brown, black, or greenish-black to yellow or grey, and sometimes emits an intensely foul odor.

One client I know, in the course of a month-long colon cleanse, passed a single length of mucoid plaque 15 feet long; another client excreted a total of 11 pounds of mucoid plaque during a cleanse. it is not unusual to pass a total of 35 to 45 feet of plaque, often in the last week. In our clinical experience of monitoring thousands of intensive colon cleanse programs over the last 14 years, most people pass a staggering amount of this strange substance.

I coined the term mucoid plaque, meaning a film of mucus, to describe the unhealthy accumulation of abnormal mucus matter on the walls of the intestines. Conventional medicine knows this as a layering of mucin or glycoproteins (made up of 20 amino acids and 50% carbohydrates) which are naturally and appropriately secreted by intestines as protection from acids and toxins.

However, mucoid plaque is different from the mucosal lining (mucosa) of the gastrointestinal tract. The latter acts as a necessary buffer to the gastrointestinal wall and as a lubricant for peristalsis; it is also responsible for the secretion of mucins which comprise mucoid plaque. The cells of the outermost layer of the mucosa (the epithelium) stay fresh and vital, renewing themselves every four to seven days. It sounds paradoxical, but medical research indicates that mucoid plaque is a normal self-defense measure – natural protection from unnatural toxins.

Evidence indicates that mucoid plaque, with the possible exception of that found in the stomach, is unnatural to the healthy body and is found only after the body has moved away from perfect health and into a diseased state. The theory goes that if you were completely healthy, your system would produce no mucoid plaque because it wouldn’t need to.

When the body has been chronically subjected to (or put under attack by) drugs (such as aspirin or alcohol), salt, heavy metals (including dental mercury), toxic chemicals, parasites, harmful microbes and their toxins, and circulating immune complexes (immune cells locked onto undigested particles or foreign substances in the bloodstream), it produces mucoid plaque to protect itself.

The trouble is once the mucoid plaque is created, for whatever biologically important reason, it is not routinely excreted from the intestines. Instead it lodges in the numerous folds and crevices of this large organ and can remain there for many years. Over time, the mucoid plaque grows thicker, firmer, and more widespread – colonizing, as it were, the tennis court-sized interior of the intestines. Old feces adhere to the plaque and are not removed during a normal bowel motion. 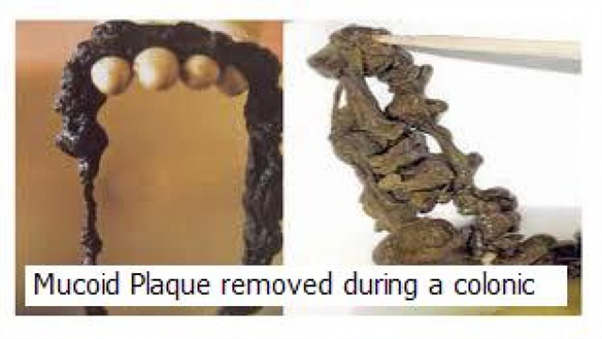 The plaque slows down intestinal action, both waste excretion and nutrient absorption. It can harbor pathogens, including bacteria and parasites, which actually hide underneath the plaque; it may block the normal outflow of lymph and mucin drainage. It binds toxins to itself and contributes to bowel toxicity, slowly emitting toxins into the bloodstream. Finally, plaque creates a friendly environment for disease, in some cases for colon cancer and gastric carcinomas.

Gradually your immune system is weakened as the chronically toxic bowel environment destroys useful bacteria. Your liver becomes overburdened by the unprocessed intestinal toxins, and nerve meridian points in the intestines related to hundreds of other parts of the body are compromised.

A toxic bowel results in toxic blood and lymph, toxic organs and cells, and toxic function. The bowel “feeds” every organ, tissue, and cell in our bodies, so when the quality of feeding from the digestive system is contaminated or of poor quality, the cells and organs elsewhere in the body will be compromised and grow sluggish and insufficient.

So while mucoid plaque is “natural” in that the intestines produce it, it is most unnatural in that the presence of a large amount of it indicates a high degree of intestinal ill health. When the intestines are ill, you will be ill.” 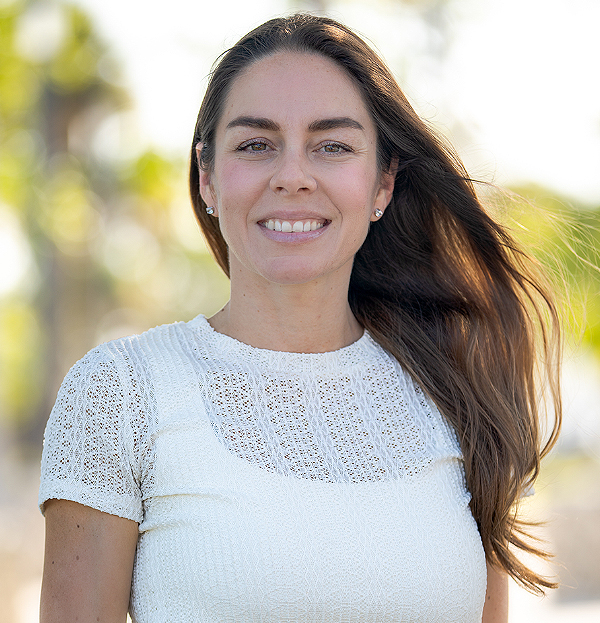 We accept all major credit cards and Apple Pay.

Visit us on Yelp

Check out Miami Colon Therapy on Yelp
Scroll to top